I’ve recently added flats to my cloth diaper stash and I’m quite enjoying using them.

The origami fold has been my fold of choice.  But, I don’t love this fold.  I always end up with this weird extra fabric in the back that isn’t necessary.

FYI, I don’t do my origami fold with precision so this “weird extra fabric” is a little my fault.

Anywho, I’m branching out to a new fold.  The Diaperbag Style fold. Never heard of it but Kim of Dirty Diaper Laundry had it on her blog and she discovered it on Diaperswappers so it must be good ;)

….. (intermission while I actually go look at the fold I say I’m going to try)….

Turns out I just didn’t know it was called the Diaperbag Style fold.  This is the way I fold sbish flats and Megaroos Extended tab prefolds.

Here’s a pictorial for your viewing pleasure: 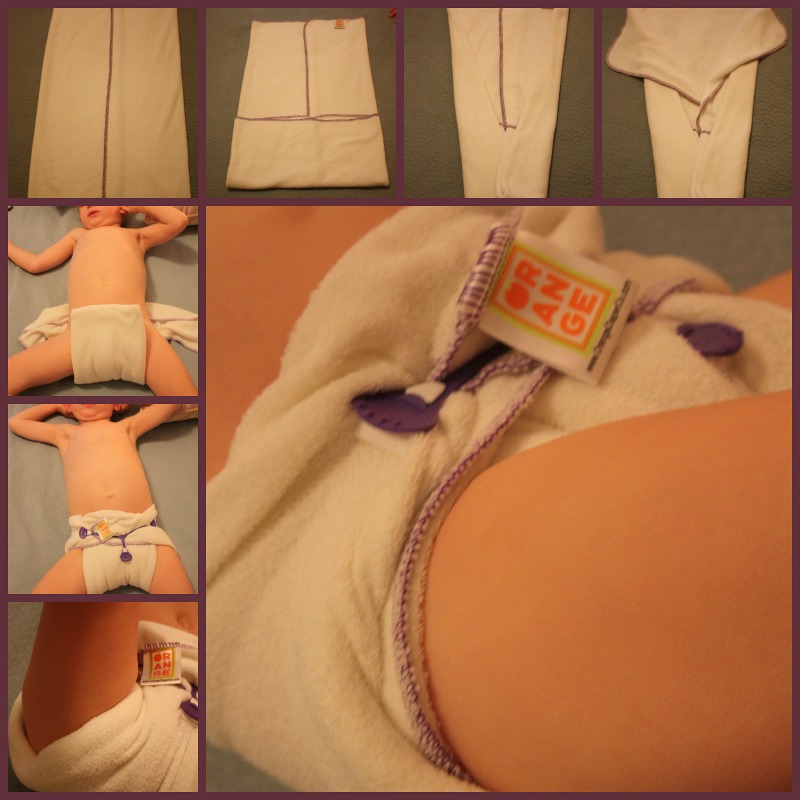 I used Sterling for my model because he was the only one up at 10pm and I still put a diaper on him at night.

Is it just me or does anyone else have a potty-trained child that pees in the bed ONLY IF you don’t put a diaper on him??

I really like this fold! The fit is tons better on Sterling (hopefully it will be for Camden as well).  The only downside to flats is the time it takes to prepare the flat to put it on the (wiggly) baby.  But, at least it’s fun :)

The flats I use are Orange Diaper Co.  Check out the interview I posted with Jen!