by Grateful for Grace

Cloth diapering breeds some interesting groups.  Wouldn’t you agree?  Many, many people prefer to use prefolds.  It’s almost like prefold users are a subculture within the cloth diapering community.  In a good way.  ;-)

They are the first kind of cloth diaper I used (ten years ago) and though I stuck with them until my son potty trained, if all-in-ones had been around, I would have dropped the prefolds quicker than you can say Diaper Sprayer.  Ok, that, coupled with a cover that leaked more often than I liked (I won’t bad mouth the cover since it was ten years ago) made things less than desirable.   BUT I’ve reverted back to cloth and am glad.

BUT… if you are looking for an easy cover… I have one for you. 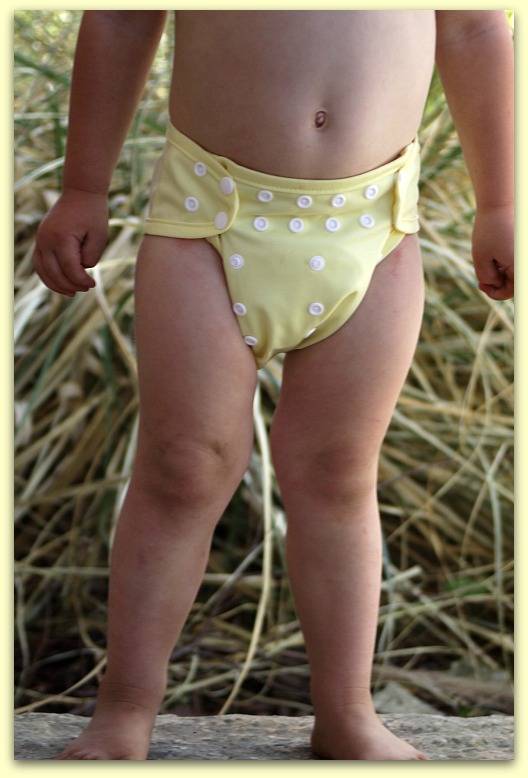 This one size diaper cover was easy to use and didn’t leak one time.  How’s that for an endorsement?

The Sweet Pea Diaper Cover has snaps.  Plenty of them.  Even though my son is over three, the diaper was roomy enough for it to be snapped down for the rise fit (though I didn’t think of it for awhile… ahem… I always assume a 32lb 3yo wears a one size diaper in the largest fit).  Not many diapers can claim that.

The snaps are easy to do, but my son can’t unsnap them.  A nice feature for any baby that wants to ‘help Mama’.

Even at his size and age, the waist fit was not at the widest setting.  The waist elastic was also snug, but not tight fit.  The elastic at the back works just great.  No marks were left on his precious belly or adorable legs.

The leg casings are covered and the gussets… well, I like gussets.  Do you know why I like gussets?  Because gussets keep the poop where it belongs… in the diaper cover and not on the clothes.

Sweet Pea Diaper Cover’s gussets did just that.  Even though I had to use a new diaper almost every time instead of putting a new liner in. (I used RagaBabe and Rumparooz liners and Flip disposables, in case you were wondering… and I know you die hards were)

Although the inside of the cover is wipe-able, inevitably my son got poop on the gussets and I’m just not that dedicated to wipe and wipe.  Even when soiled, the cover didn’t leak or wick.

The PUL is soft and the cover is available in cute colors, including the new hip black!  This diaper is in our rotation, though I prefer all in ones for their ease of use.  Sweet Pea Diaper Cover works great.  If you have a few liners that you don’t get around to much because you use all-in-ones or stuffable diapers, consider adding a Sweet Pea Diaper Cover. 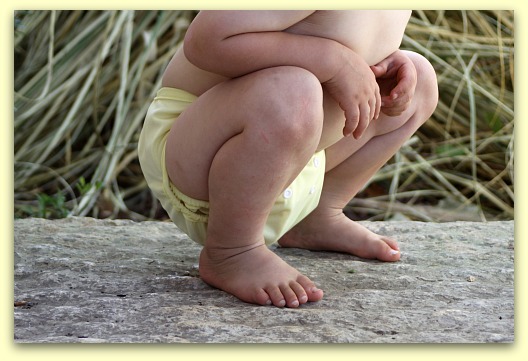 I was also able to test out Sweet Pea Diaper’s All in Three awhile back.  Wee Babe was younger (the diaper was a smaller size) since it was about a year ago.  The diaper was stuffable and worked pretty well, but didn’t have gussets.  Sweet Pea Diaper have revamped their all in ones and they sound great.

I like that this company donates cloth diapers to those in need through Babies in Cloth and to a child development clinic in Lithuania.

You can buy these great covers online and the price is very reasonable. (I have linked to different stores throughout the post. Stores linked are US stores however there are quite a lot more Canandian retailers.)