The other day a friend of mine made a comment that made my stomach turn.

I LUUUUUUUV Pampers. I don’t care how much dioxin they have in ’em.

Bold statement.  Sarcasm? Maybe.  Defense of a system she knows is bad? Most likely.

Disposable diapers not labled as “unbleached” or “bleached with peroxide” contain Dioxin.  Dioxin is a by-product of bleaching paper and according to the EPA is known to cause damage to the central nervous system, kidneys, and liver. 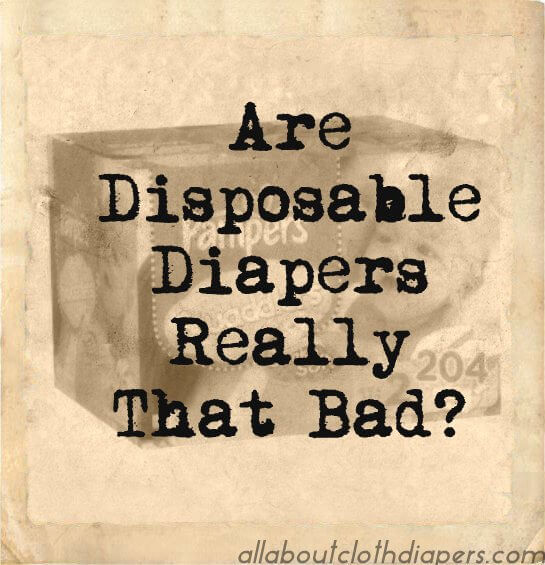 Many consumers overlook what they can’t actually see (Dioxin), but ignoring the gel crystals is hard to do when they’re all over your child’s private parts.

Sodium Polyacrylate is the super absorbent gel that allows your baby to go 5, 6, 8 or 10 hours in one diaper.  No kidding.  We’ve all seen those terrible pictures of poverty children wearing a diaper that sags to their knees.  It’s not just the poor; it’s also the convenience driven “wealthy” society we live in.

Sodium Polyacrylate has been linked in the past to toxic shock syndrome, allergic reactions and is very harmful and potentially lethal to pets.

You may recall the headlines from May 2010, in regards to Pampers Dry Max diapers.  I watched the San Antonio report from one mother claiming serious burns from Dry Max.  It broke my heart.  You could tell this mom just wanted what was best for her daughter.  Many parents don’t even realize cloth diapers is an option today.  This mom, and many others, want a diaper that will keep their baby dry.  Cloth diapers can give them this result without the harmful side effects.

What about the environment?

The loudest argument for cloth diapers is an environmental one.  Those passionate about being green do a great job at letting their voice be heard.

From the New Parents Guide:

It is estimated that roughly 5 million tons of untreated waste and a total of 2 billion tons of urine, feces, plastic and paper are added to landfills annually. It takes around 80,000 pounds of plastic and over 200,000 trees a year to manufacture the disposable diapers for American babies alone.  Although some disposables are said to be biodegradable; in order for these diapers to decompose, they must be exposed to air (oxygen) and sun.  Since this is highly unlikely, it can take several hundred years for the decomposition of disposables to take place, with some of the plastic material never decomposing.

The untreated waste placed in landfills by dirty disposable diapers is also a possible danger to contaminating ground water.  Pro-disposable advocates say that cleaning cloth diapers uses more energy and contributes to the load on sanitary sewer systems and potential water pollution.  This view really makes no sense if you think about it.  The amount of water used per week to wash cloth diapers at home is about the same amount consumed by an adult flushing the toilet four or five times daily for a week.  Also, the greater amount of water and energy being used by diaper service companies to wash large amounts of cloth diapers multiple times; the per diaper impact on energy and water supplies is actually less than home washing.

Finally, when flushing solids from a cloth diaper down the toilet and washing the diapers in a washing machine, the contaminated, dirty water from both toilet and washing machine go into the sewer systems where they are properly treated at wastewater plants.  This treated wastewater is much more environmentally friendly than dumping untreated soiled disposable diapers into a landfill.

Are disposable diapers really that bad?

I suppose that depends on your definition of bad.  Should we willingly and routinely expose our children to potentially harmful chemicals?  Should we ignore that little voice that screams at us every time we throw away a wrapped up (in plastic of course) dirty disposable diaper?

I think the answer is pretty obvious.  Yes, disposable diapers really are that bad.