This post was authored by Michelle and is part of the ongoing Hybrid Fitted Reviews series.

I have been using Ari Safari fitteds since July of this year, and they became a fast favorite in our house.

I find they fit my skinny and long guy very well. I’ve never had gaps at the leg openings, or poopsplosions.

Sometimes I have had the small issue of the snaps not lining up right in the front because there is only 10 snaps, and my son is a weird shape. This issue does not happen with the more stretchy knits as the outer material, only with the less stretchy wovens on the outer.

All of the recent diapers I have seen have a turned finish on them, which means the diaper has no roughness on the finished edges, so there is nothing to irritate my sons legs or waist. I also favor the right wing of the diaper having the crossover snaps, where I find most WAHM made fitteds have this feature on the left.

There are also fold down rise snaps, which help to customize the rise to any size. I find that I love fold down rise compared to snap down now that I am used to it. With a fold down rise, there are no snaps on the front to come unsnapped during play, or to clutter up the front and take away from the cute print. I now prefer FDR over the more common(at least in commercially made diapers) SDR. 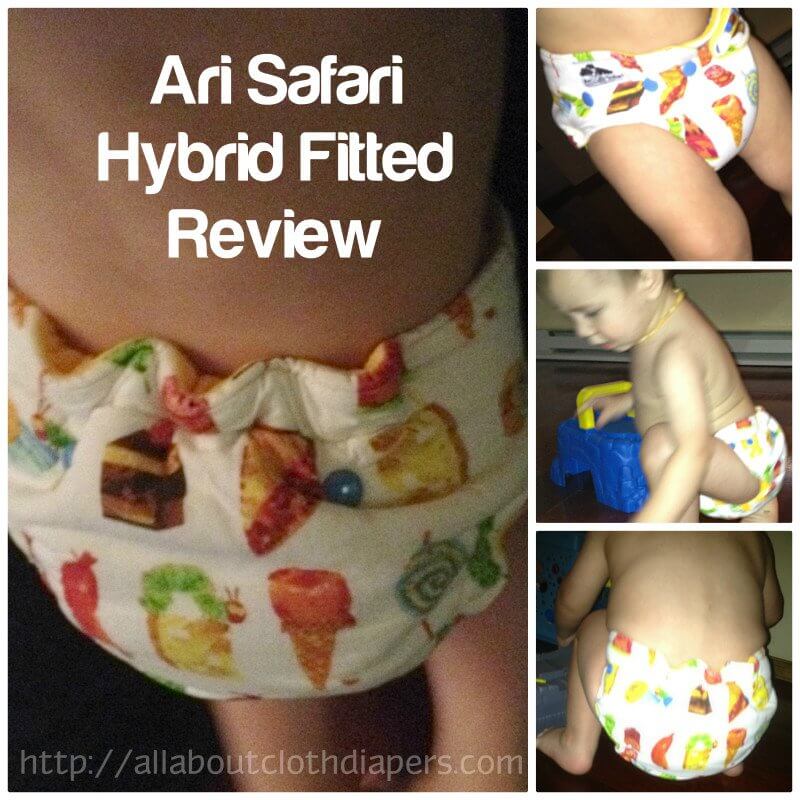 Under the outer shell’s adorable print, there is a hidden layer of poly fleece and an inner of soft cotton velour. The velour has remained super soft and squishy, and I haven’t had any pills.

The hidden fleece does a great job of pushing the wetness back up into the soakers, but is not compleatley waterproof. The soakers are a

snake style that attach with 2 snaps in the back. There are 2 petals, which are made of both cotton velour and organic bamboo fleece. They can be folded to put the absorbancy where you need them for your child, I fold ours towards the front.

At night we cover with wool and have never had wet sheets this way. We can also go coverless around the house for up to 3 hours, depending on how much my son had to drink.

The absorbancy is exactly what we need for nights, and I really like that I can let him wander in the house without a cover for a while. Comparing to other WAHM fitteds, most are on the bulky side and I end up with leg gaps unless I pull the wings super tight around his waist. Ari’s can fit my skinny guy and still deliver on absorbancy.

We only have 4 Ari Safaris in our stash right now, and I am hoping to add more soon, but they are more difficult to get my hands on. To purchase new, you can check out Ari Safari on Facebook, there you can find previews for stockings, as well as the times. They usually stock on Hyena Cart on Monday nights.

To purchase used, you can keep your eyes peeled on Spots Corner, or your local CD groups on facebook. I was lucky enough to get one from Spots Corner, 2 from a CD group, and one New In Package. They are reasonably priced at around $24, and well worth it.

I tried to get the best pictures I could of my fast moving guy in his Very Hungry Caterpillar diaper(which is a woven outer). Such a cute print!! My son is 18 months and 23 lbs. The tabs still meet in the middle on him, and with the more stretchy knit prints, we can still use the first crossover snap! We do not use fold down rise anymore.