Ready for something a little different? Maybe a little creative twist? There’s only so many ways you can make a cloth diaper…or is there? Greenchild Creations has a ton of cute fleece fabrics and a unique long front flap that folds down to allow you to infinitely adjust the rise for the perfect fit.  This review is from my friend Abbie and her sweet daughter Trixie. 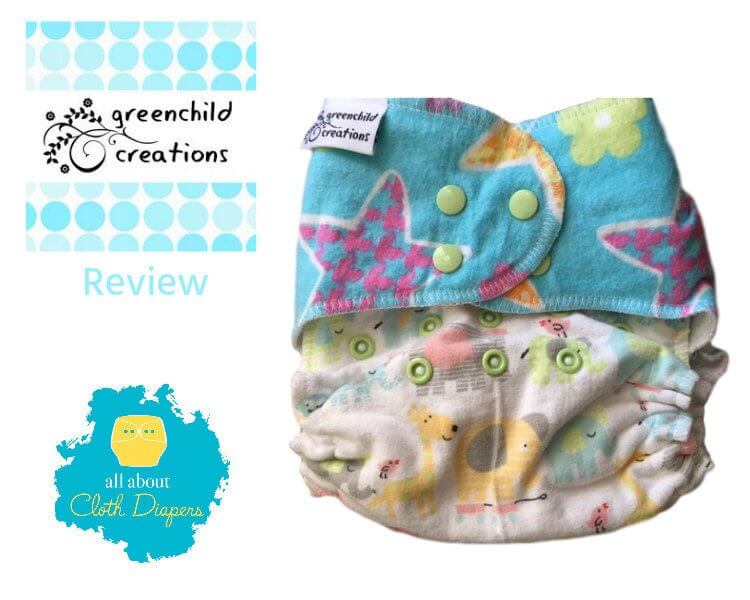 Abbie received a Greenchild Creations one size flannel fitted diaper 2.0 in an elephants and stars print and a one size fleece cover in pink ladybug fabric. These products were received for purpose of a review. All opinions and statements are honest and true.

The Greenchild Creations fitted 2.0 features a printed cotton flannel outer, two inner cotton layers & a pocket layer of durable white double-napped diaper flannel, for a total of 7 absorbent layers when the front flap is folded into the diaper. 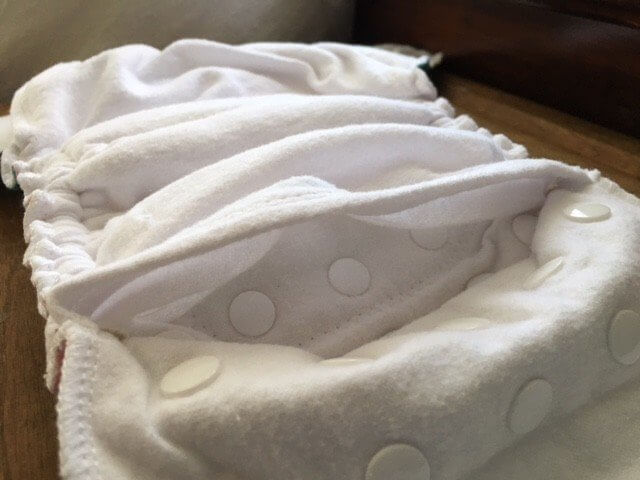 The inner pocket creates a space where additional inserts can be placed to add more absorbency. Any insert could be used as long as it fits in the pocket! (We really love hemp inserts! They are trim and absorbent!) 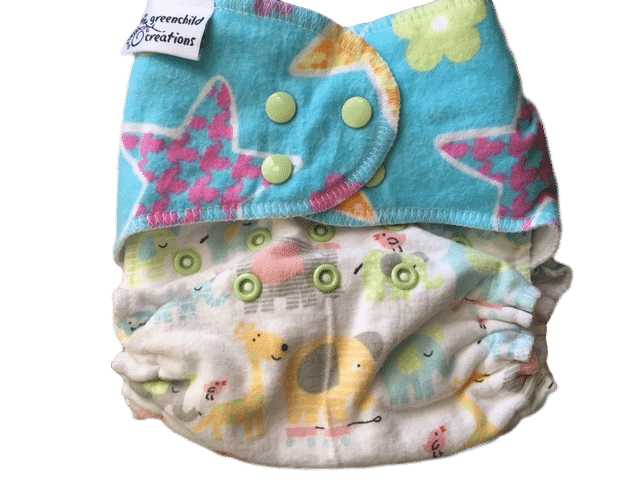 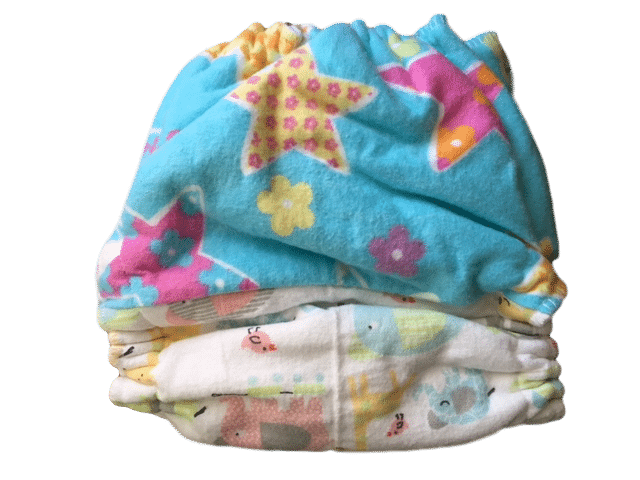 The rise is adjusted by folding down the long front flap and then using the snaps to secure the diaper closed. If you need additional rise, you can get it with folding the front panel down less. Whatever fabric that gets folded into the diaper acts as extra absorbency. 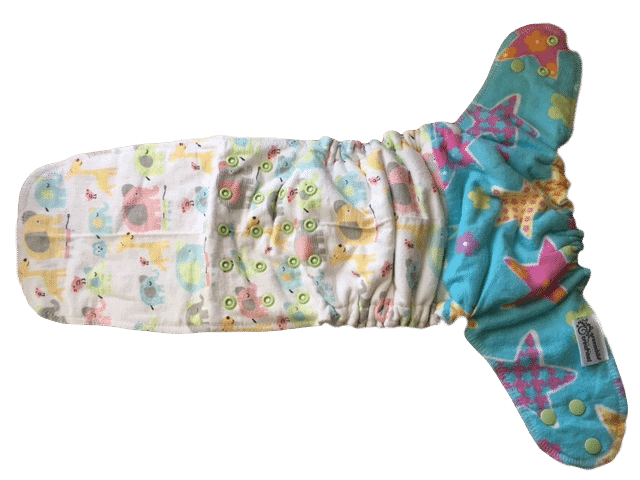 The only issue we saw with this is that the closure snaps would be folded in toward the baby. On smaller babies, that would leave the female snaps touching their skin. For most babies, this isn’t likely to be an issue, but depending on how tightly you are snapping it closed it could cause irritation. Abbie was using the larger rise setting, so it wasn’t an issue for her. But we thought it was worth pointing out. 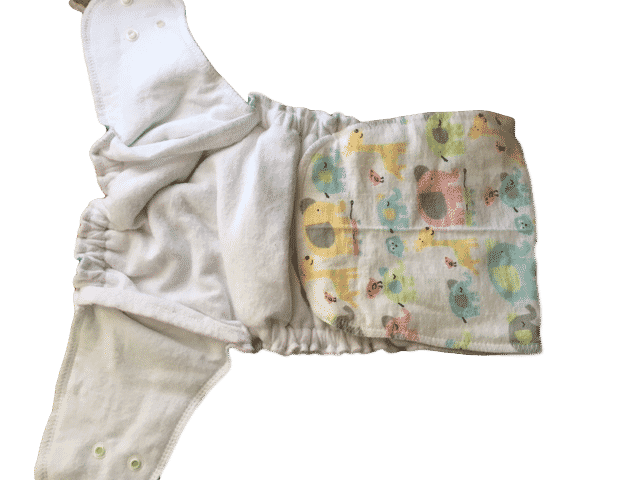 Anne, the owner of Greenchild Creations, states older babies would need more absorbency in the fitteds to avoid leaks. Abbie did try the diapers without adding anything but found she was getting leaks around the legs. So she added a hemp insert into the pocket and was able to go 2 plus hours with no leaks and no additional cover. Keep in mind that the flannel fitted does need a cover to be fully waterproof.

The 2.0 fitteds start at $14 retail and go up depending on the closure options you choose. It is available with no closure, two locking headpins, hook & loop, and snaps.

The fleece cover is similar in fit to the fleece fitteds. It also has the long front flap that is used to adjust rise. It is made with 2 full layers of fleece and a hidden PUL panel in the wetness zone to help avoid compression wicking (leaks). Fleece repeals water. So it works as a great breathable alternative to wool (in case you are allergic) or TPU/PUL diaper covers. With the fleece cover Abbie had no issues with leaks at all. The cover begins at $19 retail. You have the option of adding another row of snaps to accommodate large toddlers. Trixie turned two in March and weighs 25 lbs. She is long and lean.  All the diapers fit her well and seemed to be pretty standard in size (in comparison to other one size diapers that are on the market today).  Abbie did leave the rises unsnapped all the way on Trixie and for the waist, either the tabs just met in the middle or they might have just overlapped. Obviously, there’s lots of room to grow of for babies that are chunkier than Trixie. Both the cover and the fitted are labeled to fit approximately 35-40 pounds.

The diapers are definitely well-made. The outsides of the fitted diaper is actually two different patterns of fabric that are sewn together.  They coordinate nicely and that bit of contrast is cute because you see one pattern on the bum and the two patterns on the front.

Abbie has been using the diapers since mid-February.  They are washing really well and holding up nicely.  As with all cotton and flannel, they faded and pilled a bit, but they also stayed nice and soft.

These are available for purchase at Greenchild Creations on Etsy. And Anne has also generously given us a discount! Use code AACDTEN for 10% off, good thru June 30th.

Have you ever used a Greenchild Creations fitted or cover? What did you think?