If you are anything like me, you might have a few hook and loop (velcro) closures on your cloth diapers. I don’t even mess with diapers with weak hook and loop. After a while even the best stuff isn’t so sticky anymore. It’s because of all the junk that collects in them in the wash. I don’t have to do it very often, it’s been more than 7 or 8 months now. I use a trick I learned that stops diaper chains in the wash and helps to keep the fuzz and lint out of the hook part of the diaper. Get all the info here. 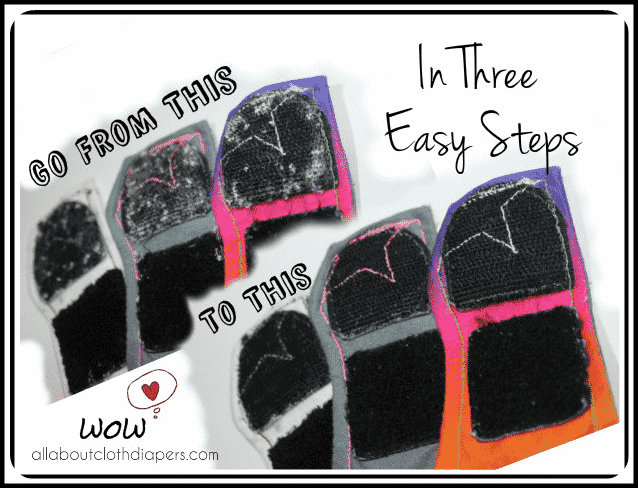 With the right tool, it turns out that this doesn’t take long at all. I’ve used it all…my fingers, tweezers, a snappi. Nope. They all took too long and wasted too much time. I asked in our chat group and someone suggested a seam ripper! Of course! So simple :) 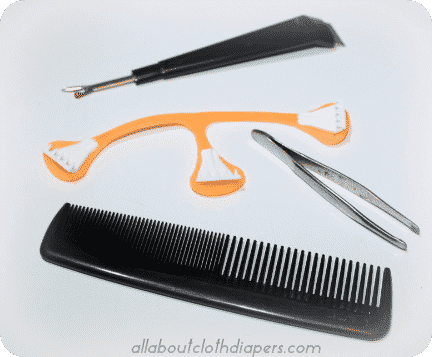 Disclaimer:Be careful to not pull the stitching out of the hook tab and loosen it from the diaper. You just want the lint! Common sense, right? You know I still need to say it…

Step 2: Use the seam ripper (mine is actually the cleaning tool that came with my little motorized stick vac) and pull all the lint and fuzz up and out of the hook closure tab. Remember to just pull up lint and fuzz, not the threading. 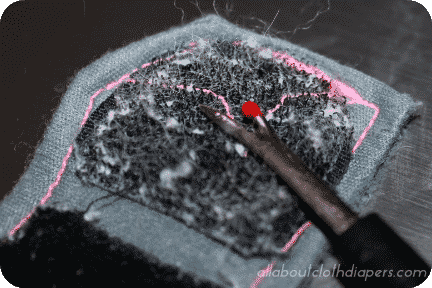 Step 3: Use your fingers to pull out the lint that is all now loosened from the hooks.

Viola! Fuzz and lint free… like new hook and loop.

Have you found a way that is even easier than this to get all that junk out? I’d love to hear it. My feelings won’t be hurt if you did!